I'm taking this week off from the comics. They take a bit longer than I expected they would and I'm getting to a part of band history I'm not sure how to approach so I'm taking my time on it.

Before I get there I want to let you know I will be introducing some Wynne Stories soon. I had a life before I founded The Troublefakers that is full of stories worth telling. They will include some present-day material as well. I haven't decided if those will be sent to you or kept on my Patreon.

As for Troublefaker Stories, there's still a bit to tell even if it's not gonzo. We did shows all over but the only ones I remember are ones at Merchant's Cafe, The Central Saloon, and Cafe Bella (where we couldn't play covers). I know we played more than that I just can't for the life of me remember. We did have an official band photo, though. Ed and Laurel were not keen on having their picture taken, and I'm doing something with my face every time. I think I was trying not to look fat. 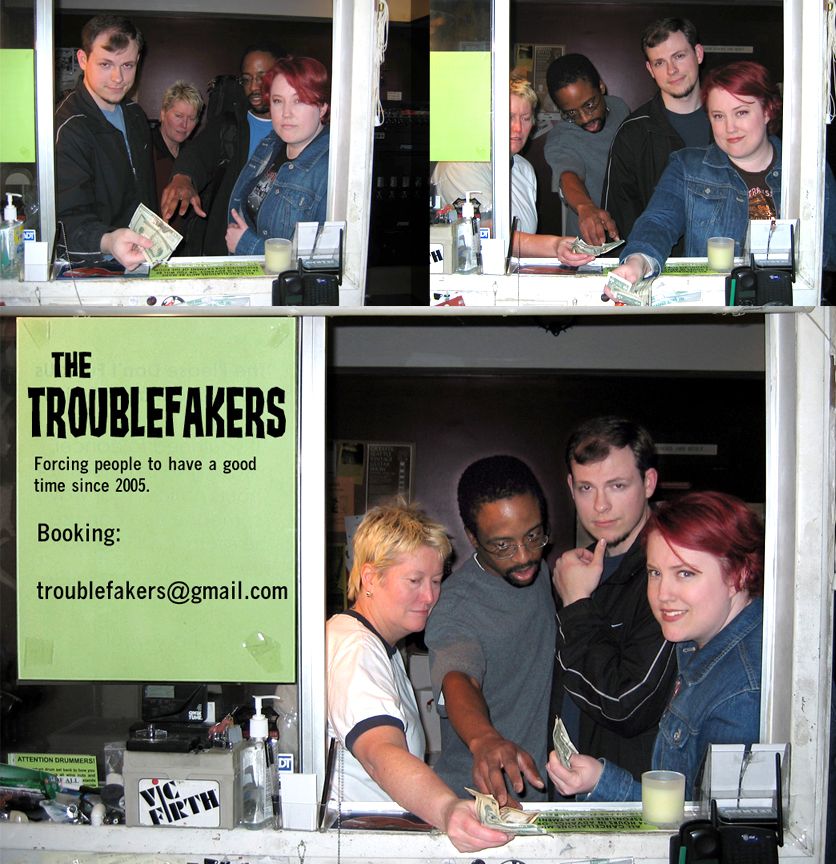 The tagline evolved into "Forcing people to have fun since 2005" but I'm pretty sure I'm the only one that used it. Taken at Evolution Studios in Bellevue, WA, 2006

For the record, I don't use the troublefakers Gmail account anymore. I think I have everything auto-forwarded to my troublefakers.com address these days. Seeing this, how am I doing with the comic likenesses? At any rate, these pictures are pretty much the reason I rarely had band photos taken after this. The camera and I are not friends.

This next one was taken in the Evolution Studios parking lot. I only wish the other one wasn't so fuzzy - it was far more interesting: 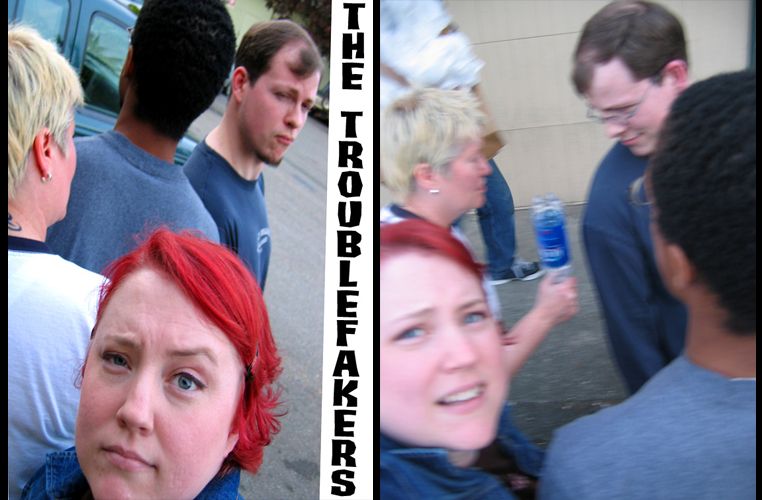 As always, thank you for reading this far and subscribing. I have a lot of stories to tell about this long chapter of my life and I'm glad I get to share them with you.

Until next time,
Your friend, Wynne C Blue