Hey! How'd you like last week's comic? I got a lot of great feedback on it and the first chapter of Troublefakers Stories and hope you enjoyed it, too. If you missed one, scroll back through the WCB Blog to catch up.

Man, am I glad I archive my cell phone photos - there are some things about band life back in 2006 that I had almost forgotten about! Like how a band grows as a family unit when the right people get together.

First, I have to issue a correction (gasp!) for my last email to you. As it turns out, Ed was fresh out of university and brought on by Ethan because they knew each other from work. When Ethan's first band Alectrophobia broke up Ed bought his bass from him.

Rehearsals were productive and Ethan brought songs into the mix already written that just needed some fleshing out. I brought a couple myself, and from there Ethan and I co-wrote the beginning of the Troublefakers library. A few of these songs would end up on my first album after Ethan moved on, but let's not jump ahead just yet. 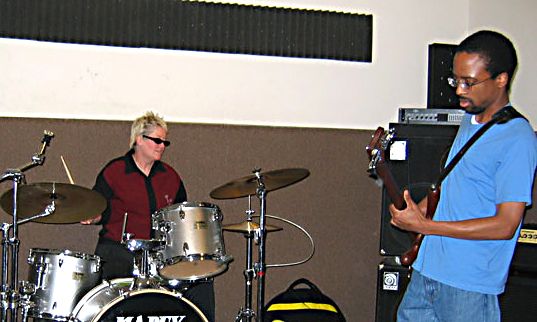 Laurel and Ed at Evolution Studios 2006

As far as the Troublefakers 1.0 went, Ethan, Ed, Laurel and I got along well. We settled into a Friday night schedule over at Bellevue's Evolution Studios. Either the walls weren't as thick as they could have been or we just always got stuck next to a deathcore band, but we played loud and hard as well. My only problem was being able to hear myself, something that would catch up to me.

After rehearsals we would meet up at The Pumphouse in Bellevue for dinner and to unwind. It was there we got to know each other and reflect on the night's rehearsal. What do we do next? Who's got a good story? I remember Ethan always ordered coffee and a burger on sourdough. Laurel always had a cocktail. Over time it solidified us as friends. At least I thought it did. 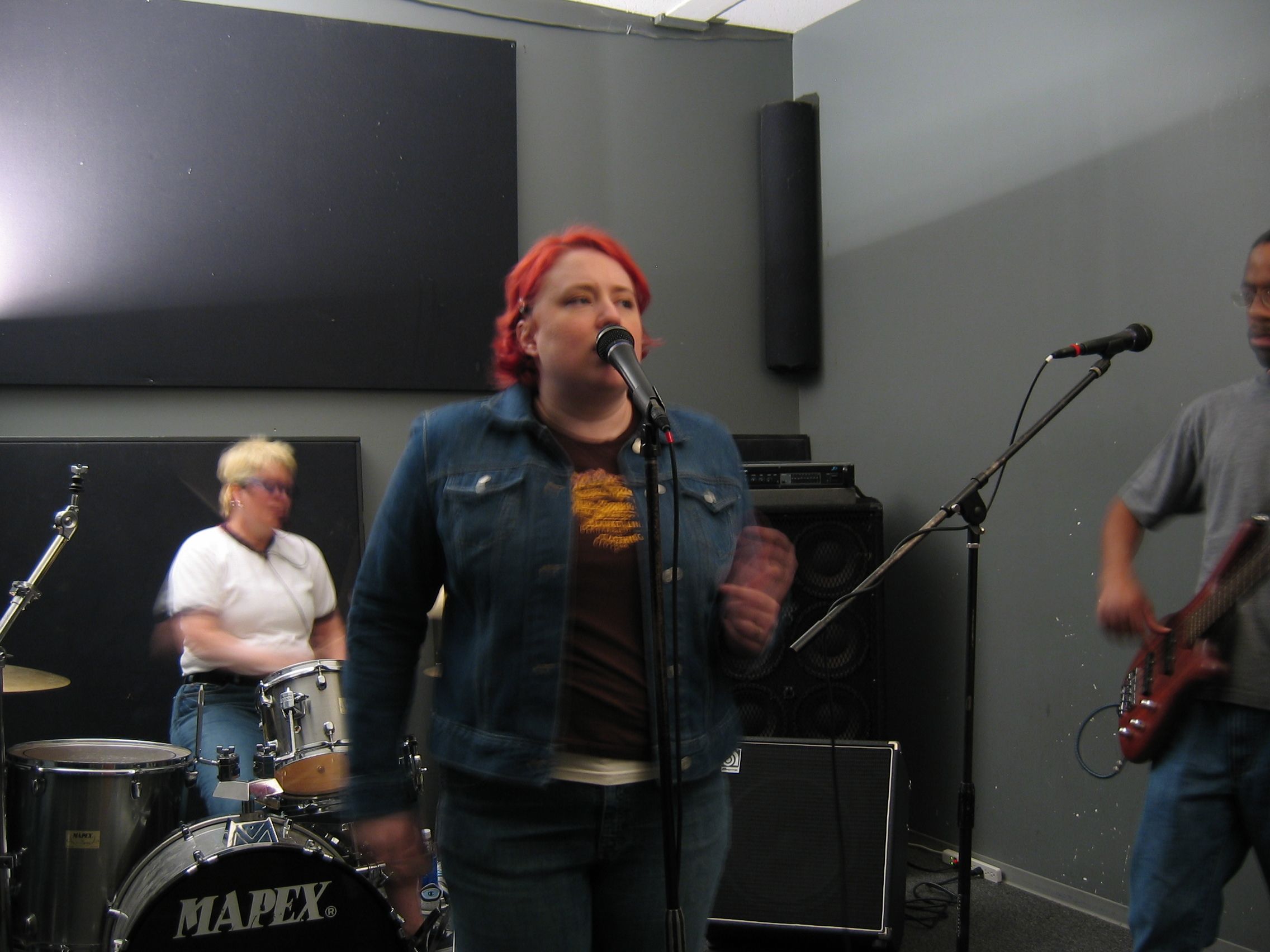 Me rehearsing at Evolution Studios with Laurel and Ed

But these are MY memories. At the time, I was dealing with a failing marriage and still processing a deep loss. Making music with my friends was a welcome distraction. I didn't know where I was going to take it but I knew I wanted to keep doing it for as long as possible. 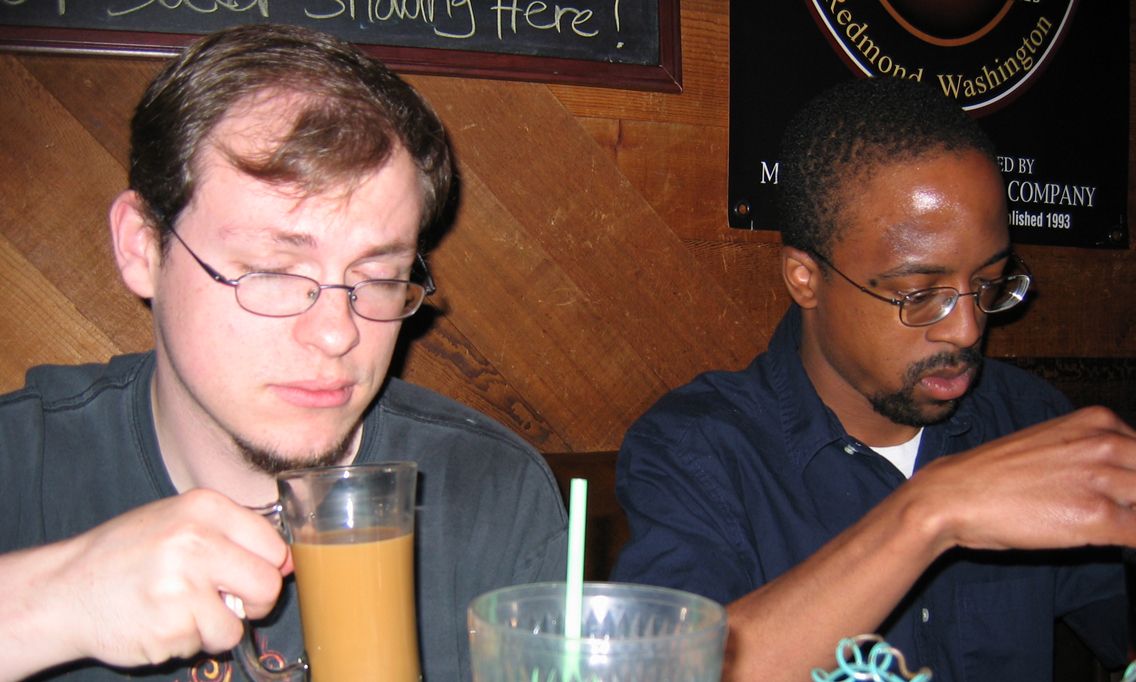 Ethan and Ed at The Pumphouse 2006 (sorry Ethan) 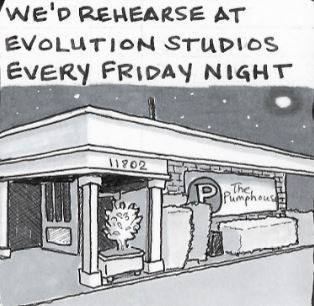 This week's comic was based on those good times. The Pumphouse is still in Bellevue off of I-405 and thriving. They've made some changes since we last ate there (they got rid of the red plastic tablecloths, oh no!) and there are a lot of Seahawks Super Bowl memorabilia on the walls, but the menu hasn't changed at all.

The original comic is a subscriber-only feature -- sign up for the mailing list to get the full strip! It and all previous full strips will be available on Patreon when it launches in May 2019.

That's it for this week! Let me know what you think, okay? Next week I'll share some first gig stories. If you're a musician you might relate, if not then it will at least be interesting.

Tell your friends and let's keep the conversation going.